Foremost among the many concerns conservationists have with the management plans for the new Gardens of Stone State Conservation Area is the proposed adventure theme park at the Lost City. Lithgow’s primary lookout in the new reserve is proposed to be for the view of Lost City. Conservationists believe the adventure theme park should be located closer to Lithgow at State Mine Gully, where it would ensure increased visitation to the State Mine Heritage Park and the town.

The public comment period for the controversial draft Master Plan and Plan of Management for the Gardens of Stone State Conservation Area ends today.

“The State Mine Gully has far more potential as a location for an adventure theme park than Lost City site in the Gardens of Stone State Conservation Area. The proposals for a zip line and so forth will be more difficult and expensive to establish and service at Lost City, as well as more environmentally damaging.

Lithgow’s proposed main lookout attraction ideally presents the wild views of Lost City, which is a superlative example of internationally significant pagoda geodiversity. It would be a travesty for the majesty of this view to be spoiled by an adventure theme park.

The iconic Lost City lookout precinct should follow the example of the Skyway and Scenic railway at Katoomba, where these facilities are tucked round the corner from the main view from Echo Point. Separating quiet enjoyment of the Lost City’s iconic wild views from the excitement of adventure tourism at State Mine Gully would create better visitor experiences and be a more efficient.

Road access at State Mine Gully would be by a short, sealed road, whereas the access between the top and bottom of Lost City adventure hub would use over 10 kilometres of dirt road. The State Mine Gully ties the adventure theme park to Lithgow, guaranteeing its tourism future. On the other hand, the Lost City site is likely to see tourists come from the east by Old Bells Line of Road and bypass Lithgow. The State Mine Gully location would help make the State Mine Heritage Park and Railway a viable tourist attraction.

The Lost City pagoda landscape is also an important site for biodiversity values, including stands of Wolgan Snow Gum (E. gregsoniana) and Whip-stick Ash (E. multicaulis) that should be protected. 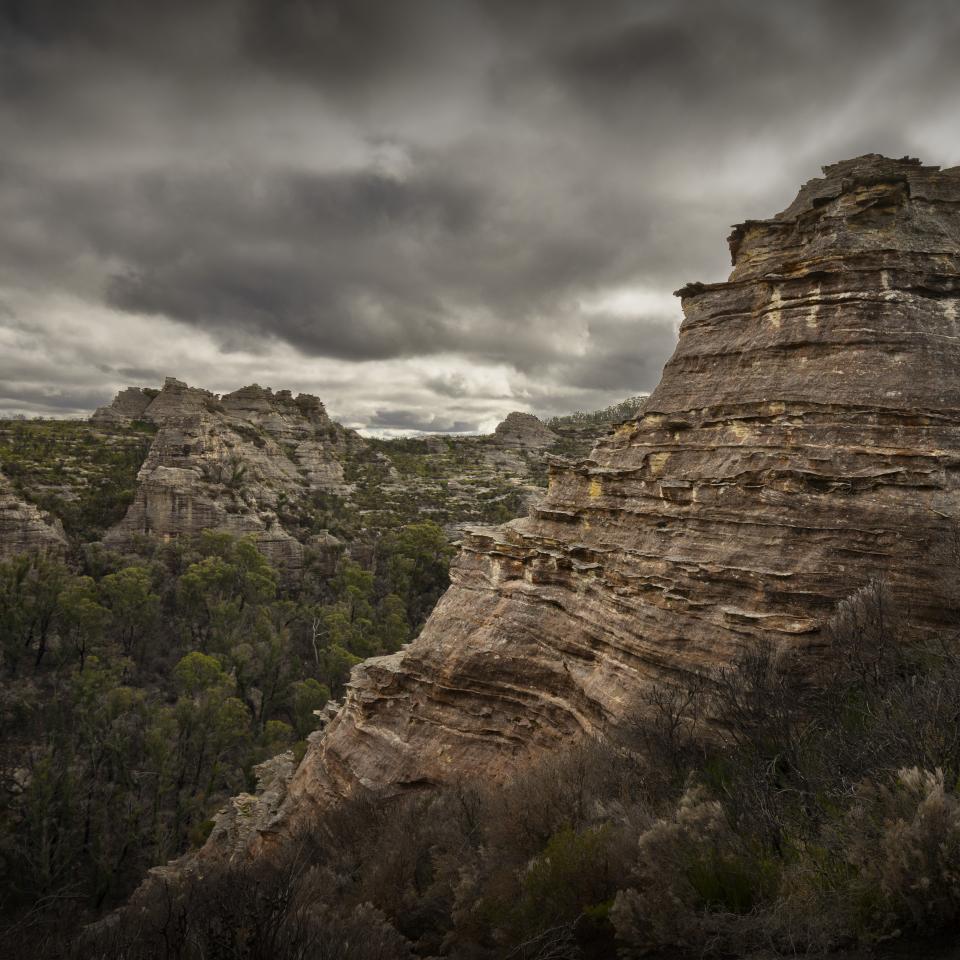