The Gardens of Stone Alliance (GOSA) is calling on the NSW Government to optimise economic benefits for Lithgow and minimize scenic and ecological impacts by amending ecotourism development plans for the Lost City, a world-class rock formation 10 minutes from Lithgow CBD.

NSW National Parks Association CEO Gary Dunnett said: “Lithgow would benefit more from a ‘gateway policy’, where accommodation, cafes and accredited eco-related facilities are situated in an entry to the Gardens of Stone region, at State Mine Gully.

“Without such a policy, Lithgow will receive a fraction of tourism boost it should from the new reserve as visitors will come from the east, not from Lithgow.

“We are particularly concerned at the way this proposal has been conducted. No other site has been considered and only preliminary conceptual documents have been produced before going into a state government tender process.

“This made the proposal ‘commercial-in-confidence’ effectively excluding community consultation and necessary scrutiny of this tax-payer subsidized proposal in a publicly owned conservation reserve.

“We have little confidence the necessary environmental standards and assessments will be met or maintained.”

“The current proposal would degrade the very things that will attract tourists to the region—it’s scenic and environmental values. It would be like killing the goose that laid the golden egg.

“The Gardens of Stone Alliance does not oppose adventure tourism development—we have actually promoted it, but it must be done in the right place and in the right way.

“A well-operated zip-line could be suitably located in an area outside of the conservation reserve at State Mine Gully.”

“One of the key arguments for the Gardens of Stone State Conservation Area was its ability to attract visitors and pump tourist dollars into the local economy.

“But under the current plan, tourists would drive straight to the Lost City, bypassing Lithgow completely.” 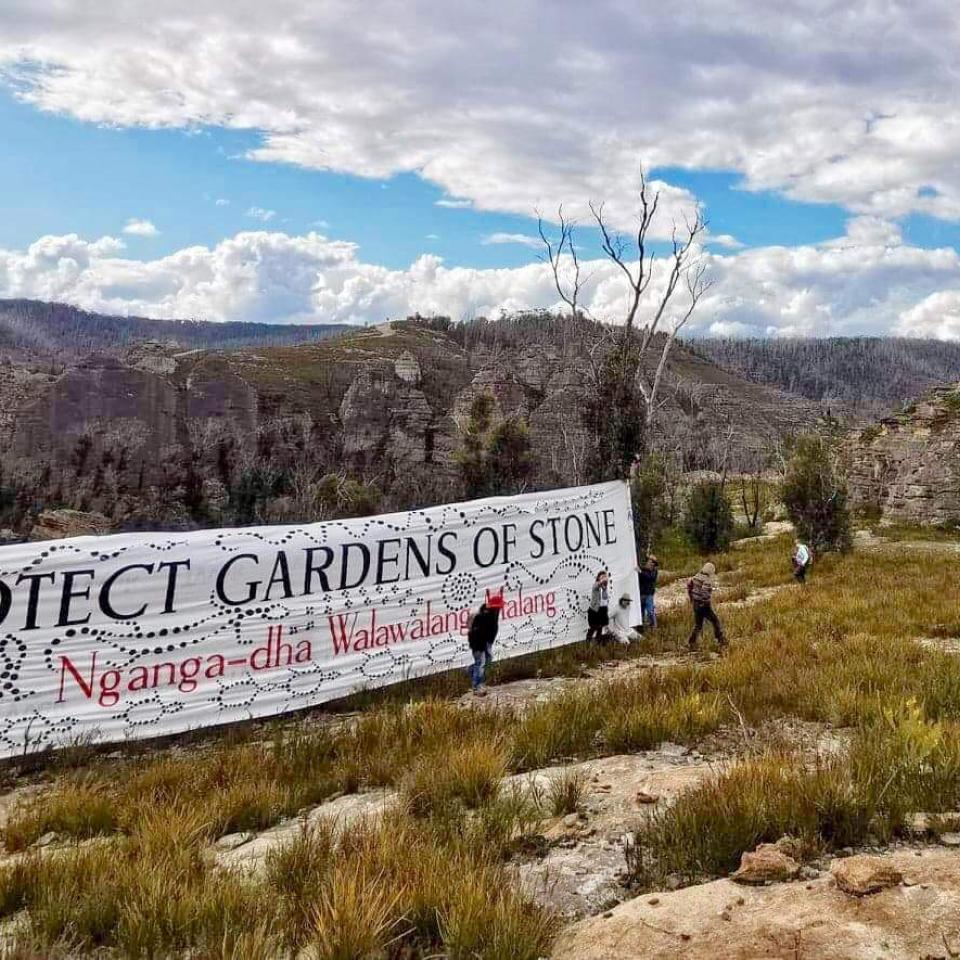